Admitting fault or error can be a powerful tool

I firmly believe in the value of actively practicing taking a percentage of the blame when assessing why things are going wrong or have gone badly. To be a manager performing at your peek, you have to continuously critically self-assess, not just your overall macro performance but more so the micro decisions and actions that determine that macro. Within each poor decision or failing idea is the opportunity to professionally develop, not only yourself but your team of people.

Every poor decision offers up the opportunity to learn and progress.

When analyzing how a project is going or giving performance based feedback to a staff member, assign yourself both a % of the blame in what is going wrong and a % of success in what is going right. This very action of including YOUR performance inside that of a staff member’s (or team project) will activate your self-development chip and steer you towards being an accountable manager, over being a victim of responsibility. A great manager after-all is like a great parent, they accept they can and will influence everything, both the good and the bad. It is handy also to remember that your example of being accountable will influence the attitude of your team towards responsibility.

Analyzing a staff member’s performance should always include an analysis of your own performance within it.

When analyzing performance, you should ask yourself questions like:

Depending how things have gone, your % of blame may be bigger or smaller, but always, even when someone else is more to blame, you will have a % in what went wrong (just as you will in what went well 🙂 ). When you go through this process, you will open your mind to things you could have done better and also embrace, and therefore repeat, the things you did do well.

Critical feedback is more palatable for anyone to take in when their manager outlines what things they themselves could have done better. By actively practicing taking a % of the blame, you will build up team loyalty and set the example for the staff themselves to apply their own % of the blame and hence be more accountable for their own self development.

So from now on actively practice the action of taking a percentage of the blame, as when you do, not only will you force yourself to be more accountable, you will also gain more loyalty from your staff.

One thought on “Percentage of the blame” 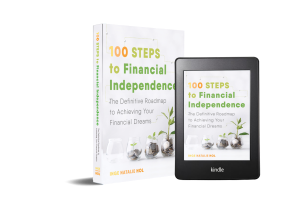